You Are Already Enough

You Are Already Enough

Feeling enough is not something which we can buy though.

Nor can we obtain, earn or find it by ‘doing’ more, ‘pushing’ harder or searching for it externally.

Feeling enough doesn’t come from slimming down, restricting how you eat and working out 5 times a week.

Feeling enough doesn’t come from weighing and measuring your body and scrutinizing every stretch mark, scar and wobbly bit and wishing they weren’t there

Feeling enough doesn’t come from that little black dress or those skinny jeans you are desperate to squash your body in to, no matter what you have to do in order for that to happen

Feeling enough cannot be obtained by pushing, punishing and hating yourself into changing who you are

Shoes, clothes and accessories won’t help with the enough-ness nor will the shopping sprees or the designer handbags.

It doesn’t come from wealth, money, qualifications and rewards or any other external measures of success which you may have put in place for measuring yours.

In fact being enough has nothing to do with success or failure, despite what you might think.

Feeling enough doesn’t grow with your bank account. In either direction. Up or down

Being enough won’t be found in perfectionism, control or the extensive collection of ‘to do’ lists you have

It cannot be obtained by having an immaculate house, perfect interiors or a spotless kitchen

Feeling enough can’t be found by comparing yourself to anyone. Wishing you were more like ‘them’. Being like they are, doing what they do.

Feeling enough can’t be found in multi tasking to the extreme. Trying to be the ‘prefect’ mum, partner, wife, boss, business owner. Someone to everyone but yourself.

Being and feeling enough cannot be found by doing anything.

It’s a state of being.

An inner knowing on a soul level.

It’s something we have to re-find.

Especially when we’ve spent a lifetime searching for it in different places other than within ourselves.

It’s something we have to claim.

It’s already in you.

It’s already who you are.

You are already enough.

You already are enough. 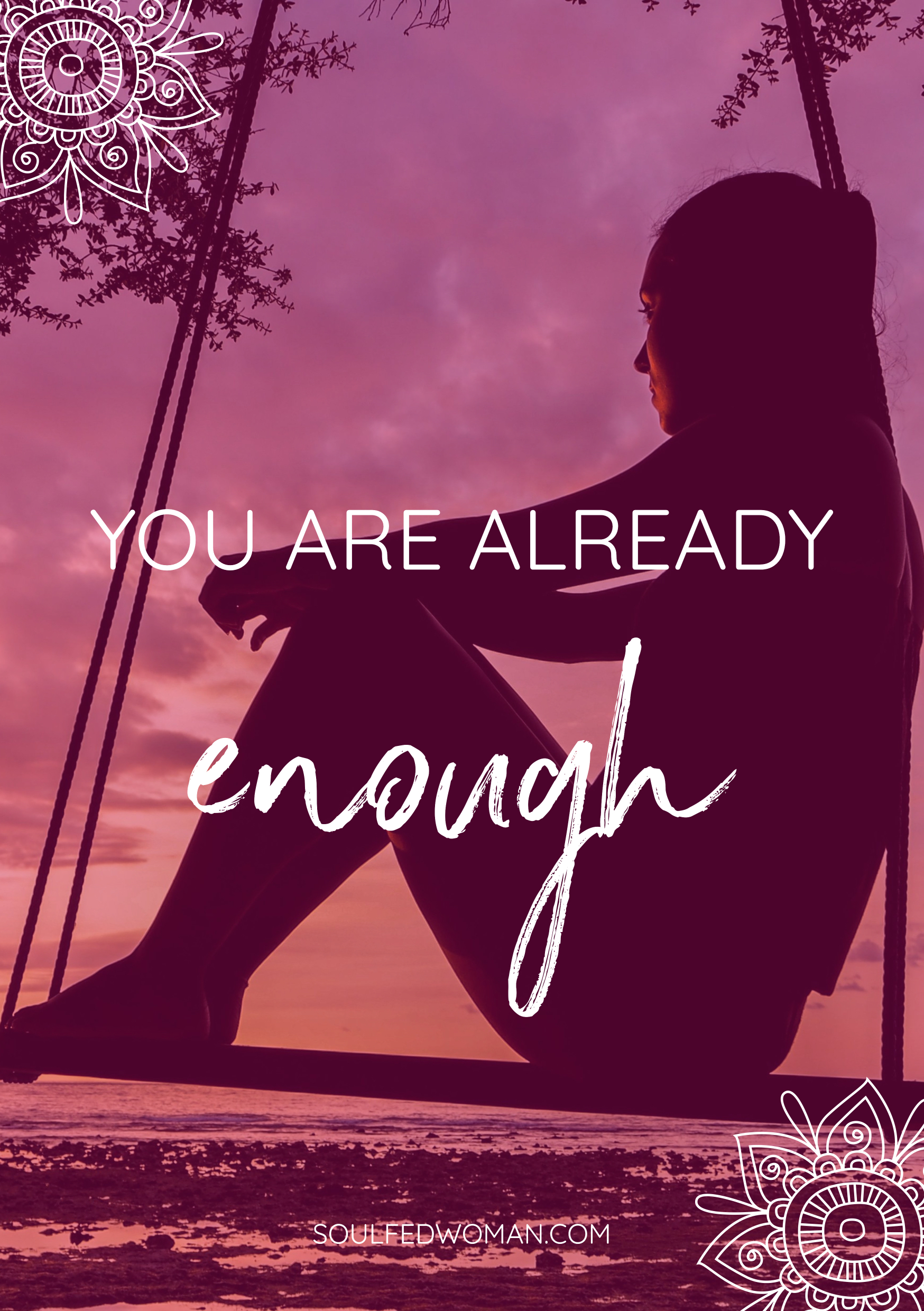 Do you identify with being a driven, ambitious and high achieving women who wants more out of life?

Applications for the Soul Freedom Sisterhood are now open. This is a 6 month journey for 10 women who are ready to find themselves again and discover what their souls are craving and what is missing from the core of who they are.

A journey to help you reconnect back to your intuition, inner wisdom and soul so you are no longer lost in your to do lists and the monotonous hamster wheel of life and instead create space for you to be you again. Rediscovering all those things which light you up and feed your soul.

To get started, head over to: https://www.soulfedwoman.com/sisterhood