Stephanie Jameson is an empath and helps people connect with spirit and their own soul.

For as long as she can remember, Stephanie would gain insight & guidance through her dreams. This gift is something that she only shared with her family and those closest to her for years. It is not uncommon for Stephanie to receive messages from her loved ones or those who are close to her loved ones who are with source.

Stephanie is an empath as well as clairvoyant & clairaudient. Stephanie has felt a constant need to serve throughout her entire life, this has been especially true over the last few years. After going through her catalyst awakening & years of battling between the heart & mind, she was reminded of who & what she really is, aligning her with her true soul purpose. She was reminded that love is the only thing that is real in this world. Love is our inherent vibration and when we live in the power of love, then and only then are we able to find our strength & speak our truth.

Through intuitive healing sessions, Stephanie is committed to helping adults connect with spirit as well as offer guidance to help heal the child wounding, karmic patterns, conditioned beliefs and blocks that are held within. Nothing brings Stephanie more joy than to help others find peace, clarity and healing. Stephanie enjoys reminding everyone who she comes in contact with how beautiful & strong they truly are. She understands the confusion, the signs, the synchronicity’s and the pain that comes along with a spiritual/soul awakening. 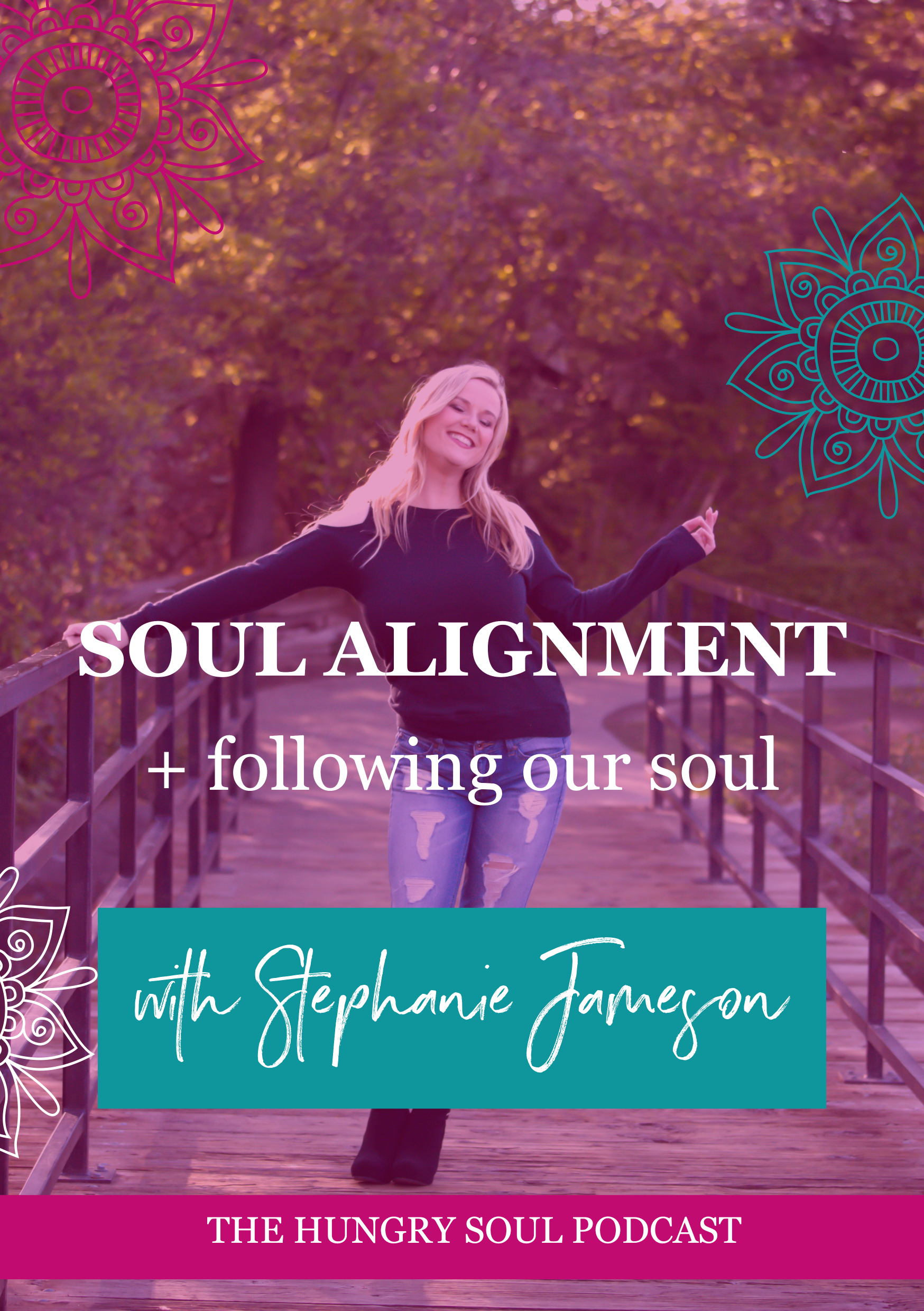 The message behind the podcast is really important and the more subscribers and reviews we get, the more people we can get in front of (iTunes favours reviews!) so could I ask you, pretty please, to leave a quick review on what you loved about this episode just by heading here? The more reviews, the bigger the audience and then we get even more amazing guests on board, so it’s a win win for everyone. Thank you