Binge Eating is a CHOICE 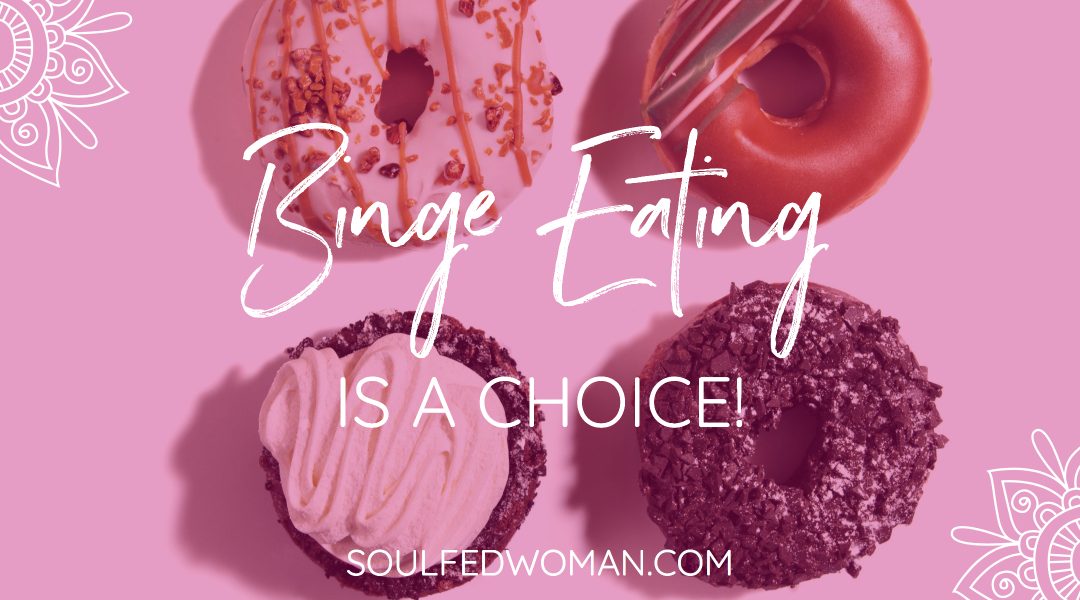 Ouch. That stings a bit doesn’t it?? I know that possibly you’ve just pulled a questionable face as to what I’ve just said but I want you to hear me out.

I always find the question ‘what advice would you give your younger self’ a little pointless as the past has ended ( a long time ago) and well, everything in our past has accumulated to make us who we are. Whether our past was wonderful or otherwise, it is the foundation of who you have become. Having said that my advice to my younger self, however, would be to fully realise how powerful DECISION is. It took me decades to truly understand, witness and appreciate what I want to share with you now.

When I was at uni and living in Germany on my year abroad (finding myself in this little Bavarian town as an intern at Deutsche Telekom………were everyone spoke Bavarian and not ‘normal’ German as I’d been studying!), I was a binge eater, I overate, I was obsessed about food, exercise and my weight…..and I was a VICTIM to it all. Another word which people don’t like to hear. But I was…

I believed it was all happening to me.

I believed I was powerless around food.

I believed that I couldn’t break free

I believed that I didn’t know what to do

I had so many beliefs around this subject….and every belief started with a DECISION.

I DECIDED it was all happening to me

I DECIDED I was powerless around food.

I DECIDED that I couldn’t break free

I DECIDED that I didn’t know what to do

Do you know one of the most powerful things which all of us are capable of doing is DECIDING?  The vibration of decision brings so many universal laws together – laws of attraction, manifesting, like attracts like…..

And for most people that’s where it stops…..

Yet you can also decide how you want to feel. How you want to show up in the world. Who you want be which leads me back to what I’m saying.

…and the same goes for YOU! And I have seen my own life unfold in ways which logically seem impossible but it’s happened anyway…..as I’ve decided that’s the way it’s going to be, it’s already done. Sat here writing this I have recently made some HUGE DECISIONS where my head/ego have questioned how on earth those things are going to happen…..but my soul believes they will as I have DECIDED it’s already done (for those of you who are curious, which most of you are LOL, I have decided I’m doing a US book tour with my book next year with thousands of women coming to hear the message I have to share……)

Listen gorgeous lady, you are a POWERHOUSE and making a decision is the start of magic unfolding

So I’m inviting you to DECIDE right now whether you want binge eating and food to control you any longer…..and it’s an easy decision, either YES or NO. EVERYTHING starts with a decision……you don’t need to know the ‘HOW’ or the ‘WHEN’, all of that unfolds and shows itself AFTER you decide what you want…(We are getting into the realms of manifesting and laws of attraction here which are the laws I live my life by 😉 )

Do you feel exhausted from binging, emotional eating and fighting food? CLAIM YOUR FREE 23 PAGE GUIDE “How To Stop Fighting Food & Your Body”

To get your completely free copy head over to: https://www.soulfedwoman.com/getstarted